You will be able to find all the mods, monsters and other features the server has below. Along with a preview video.

You will find immersive engineering, vehicles and petroleum in this pack. Create ammo presses, turrets, powered machines to help your every day grind and much more.

Create windmills, water mills, power grids and power your favourite machines to create a huge variety of things. Connect them all with powerlines through out your city or town.

There area huge variety of vehicles in this pack. Starting from the official add ons to immersive vehicles with some jeeps, trucks and some smaller planes. After that you will find the helicopter pack to add small, commercial or attack helicopters.

Following that you can craft jumbo jets with the golden airport mod. Fly for long distances and land carrying all your passengers or players. Huge detail to flying and parts, you can even add luggage’s in the plane for players to leave their stuff as they take a seat for their flight.

Along with that ive added a huge amount of other cars, boats, coaches, and utility vehicles to make everything comes together nicely.

Biomes o Plenty is used to make an incredible landscape which personally I still prefer to even the newest Minecraft version. Better nether, more biomes including beautiful flower fields or barren Sandilands.

You will also find other ruins through out your travels including army camps, monster camps, aircraft carriers, military outposts, and other ruined structures.

There are many added animals and mobs. Lets start with the ZAWA mod which adds some of the most realistic wild animals ive seen. Rhinos, elephants, giraffes, lions and anything else you can imagine. You are also able to capture these guys and bring them back to your zoo or enclosure. You will find some zoo keepers located randomly through your world also.

Mobs with guns, with the techgun mods we now have naturally spawning monsters with guns and military guys with guns also. Monsters can spawn like other bad mobs at night and you also have other structures that generate through out the world with monsters or military guys spawning.

Mythical monsters can be found through out the world. Starting with the feared dragon, underwater monsters, medusas, and some other nasty guys you dont wana bump into. If your careful were to go, you be fine. Best stay safe at night though!

This amazing mod makes Minecraft villagers come to life! You get women, men and children along with warrior and hero’s that protect the villagers in each village. All villagers have some chat options along with friendship or relationship status. You or they can get married, have kids and even get their wife’s or husbands to work for them. All villagers have a different AI so some will react differently to others.

Mr Crayfishes mod was a must to get a huge general amount of items from chairs to sinks and even working mirrors. With the Zawa mod you also get a number of zoo decorations including benches, signs, zoo maps, and other cool items for outside decoration.

There are too many extra items to mention all of them. Starting with JEI for easier creation and navigation of items, hundreds of different blocks and chisel to changing the already huge amount of blocks into many other variations. With the UNU and civilian packs you can find many items to mod or decorate your car with also.

Guns and Weapons
We have two options for new weapons. Lets start with mythical swords crafted with the bones and blood of fallen dragons. Crazy axes or just better normal tools.

Followed by hand held or turret help guns, these range from small pistols to rocket launchers and even laser pistols. If you want guns and vehicles then you can find that helicopters can infact be weaponised now!

Want to add this to a server? we have some helpful multiplayer friendly mods also installed.

Dynmap: Live in game map to view, to set up on your own server check the dynmap configuration.

Claimit: Claim your land easily by tapping on either corner with a pair of shears, also included is the claimit dynmap mod, showing claimed areas on the dynmap also.

Owner of the Mountain village of Low Dip!

Metal and bullet crafter with a strong village safe zone.

Owner of the Mountain village of Low Dip!

Metal and bullet crafter with a strong village safe zone.

Residing in the Mountain Village of Low Dip.

Residing in the Mountain Village of Low Dip.

Click the link above and select one of the two icons shown in the picture from the right side of the dynmap screen.

This will show a 3d of flat version of the world.

You can find online players, markers and landmarks.

Episode 1
Securing a village to start in on the server. It was hard finding a place in the nuclear fallout but soon I found a place called Low Dip.
(watch here on mobile)

Episode 2
Second episode of my Minecraft lets play on HavoCraft and its time to get some power to the village. After the nuke hit there was no more power or powerlines left so its time to make some other sort of generated power.
(watch here on mobile)

Episode 3
In this episode ill show the progress since the last one. A lot of work has gone into the border around the village, however wiht further exploration I find a bigger danger much closer to the village of low dip than I thought.
(watch here on mobile)

Episode 4
On this episodes agenda we will be taking a tour of changes since the last episode. Trying out the Minecraft helicopter. I also attempt to get married in order to get the villager to work and auto farm for me.
(watch here on mobile)

Episode 5
Back again with another episode on my modded survival server. We have another player joined and we will going on quite the adventure with him. From flying Minecraft planes to surviving zombie and army attacks.
(watch here on mobile)

Whether your using them to blast pigs, defend yourself from mythical creatures or trying to take down a dragon.

Creating guns is an important feature of this server to stay alive.

For tutorials on this mod visit this channels playlist to find out about guns, turrets, ammo, and much more.

After the Nuke almost all power was destroyed. So to power your metal presses, gun presses and any other mechanical device you need power.

You will need to create windmills water mills or other power generating devices.I highly suggest using this playlist to guide you through.

A few animals survived the Fallout. After emerging from the caves and burrows they started to breed and grow back to they original population before humanity had taken over.

Careful and now all are friendly especially near their cubs or baby animals. Use your tranquiliser gun and net to capture them to bring back to your village.

Create huge jumbo jets to take you and the whole server for a long flight.

Get in the air today in HavoCraft and travel safely. Knowing them mutants cant get you up there! 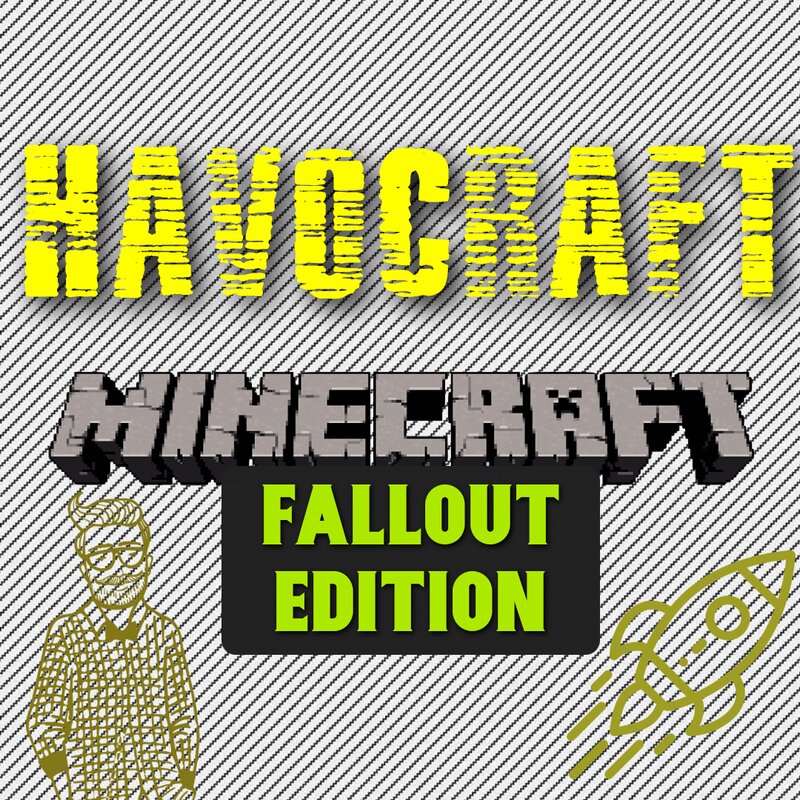