I love to make Minecraft content, and easy quick tutorials for others to use. This came from much frustration learning myself with out someone to guide me. Through many mistakes, and after receiving much advise from many forums i managed to over come more problems myself.

Minecraft started many years ago, and as an avid gamer so i was quick to test it out. I cant say at the start i found it the greatest of games and put it aside.

Some years later my son decided to play it on Xbox and asks me to play along with him, so naturally i do..

I believe the first time I got hooked and had to build more was when my son showed me some redstone mechanics. This got me very exited so i started to experiment.

I also started to realise how many things your able to create, from a self shooting arrow block, to a light with a lever to switch it off and so much more.

Creativity can really go wild and it suits anyone from the player that prefers to build in creative and make epic or huge creations to someone that likes to play against the environment and try and survive in this seemingly endless open world game.

So after playing for some time with my son, as most young kids do he started playing other games. However i carried on and really wanted to get a little community going of my own. I had seen by now that realms where available and i decided to look into it more.

Finding the deal reasonable enough and for a free first month I decided to start on an epic journey of hosting games on Minecraft for others!

I had only played on the Bedrock version so as with anyone else playing this version I only had the main four servers at the time The Hive, Cubecraft, Lifeboat and Mineplex.

How ever i had joined a few more Minecraft forums and had learned of a huge Minecraft community. So I decided to build the best realm I could possibly make full with commands for anything you may want, shops the whole shabang!

Unfortunately my lack of knowledge lost me months of work, I tirelessly worked to create an experience with shops, houses to rent and hotels to make money from. Jobs, fun activities and some minigames. All done with commands on an Xbox 360 controller no less.

I littered my world with gamemode command blocks and ended up ruining most of my good work. How ever this did not deter me, as egger to learn from my mistakes I decided to learn more and I started my second attempt of building a castle faction realm with claims and an awesome spawn with shops.

Low and behold I mucked up with the command blocks again by placing many gamemode changing command blocks on repeat, hidden and not knowing about ticking areas.

How ever everything I learned was bound to make the next one a success!

So with everything learned i decided to come up with a name, a theme and really concentrate on everything i had learned. First of all command blocks on Bedrock were coming much easier to me, which helped greatly to create my Spawn and Shops.

By watching others and combining what i learned i started making chests shops, wall shops, bank accounts, enchanters. You name it and I made a shop for it or at least tried.

What I truly enjoyed was players coming on, enjoying themselves but also experiencing a game on bedrock realms like no other, or comparable a bit more like the major servers with currency or minigames.

This started to show as my player base grew and a few months down the line i found my realm was getting fairly full alot of the time.

This didnt come without its own nightmares, as any bedrock player knows anti cheats, plugins ect just arent a thing on bedrock or realms. So i invented different ways i could deter people from joining and recking the fun for others.

Jdogcraft lasted for two seasons untill we had some major hacks bring the world down to a grinding halt. How ever what I learned here was very valuable and I have used these methods ever since, along with other upgrades ones.

At this point I wanted to grow my player base much larger, so decided to look into server hosting. After some unsuccessful attempts to host from my own pc (thank god that never worked) i decided to rent one out and see.

I wont name names but I certainly learned the hard way in terms of finding a good host..

I also had made friends with another player on Minecraft by this time called KNIGHT and we both had similar ideas and got on really well. Not only that he had ran a very successful realm for years and was great and helping me with many tips and tricks.

One thing led to another and we decided to build an epic server and really get many playing as we both had similar hobbies with Minecraft. So we embarked on a journey that was fun, but also full of mistakes and some that lost us months of work!

How ever we stuck with it and after may months we finally opened Server X.

I had also started a YouTube channel to start putting out some content on things that I had learned about commands and also play throughs of my servers and realms.

With everything from shops to warps we had done a great job and people were eager to play. I also want to thank KNIGHT for all the hard work he put in to make the server what it is now.

From this point my interest in servers grew hugely. I also downloaded Java and started learning on there about plugins, mods and anything else you can think of.

Some time later and I now love to make videos still, i still make playwithme style videos but mostly tutorial wise to try and help anyone in my position feeling frustrated in not been able to find the right answer.

Me and Knight have worked on multiple projects since and still work on stuff to this day.

So thats enough about me! If you wana check our discord The Shack and chat with lots of other Minecrafters just head to:

For our servers check out the server page, we host a Java/Bedrock Smp, a MCPE Factions server, and of course Server X 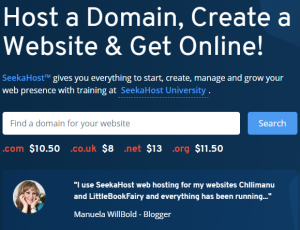