Lets take a look at how to upgrade plugins on a server with out losing any data that the plugin created. Easy way to update your plugins.

Contents hide
1 Why You Might Need To Update a Plugin
1.1 Security Updates
1.2 New Features For The Plugin
1.3 New Minecraft Versions
2 How To Update Plugins On a Server
2.1 Final Thoughts

With all pluginsthey will receive regular updates, this can be due to a variety of or reasons such as security patches, upgrades to the plugin or Minecraft version updates.

Sometimes there can be security flaws that can be found in plugins with testing. Once these become apparent or reported then the developers will usually I update the plugin and release a new version with the security issue patched.

New Features For The Plugin

When developers improve or add new features thy will need to release a new plugin version. This version will have all the updates, new features and potential improvements from the last version. 98% of the time they will simply update but on the very rare occasion a developer may re write the whole code. They will usually put a warning out if this is the case.

And of course when Minecraft releases newer versions such as 1.18, 1.19 ect the plugins often have to update too so it works on the newer version also. Plugins stay competitive by updating tot he new version as soon as possible so make sure to check for updates regularly.

How To Update Plugins On a Server

Step 1. Download the latest version of the plugin you are updating.

Step 2. Stop your server before updating any plugins.

Step 3. Go to your servers files either by the FTP file access or by login into your server with FileZilla. And open your plugins folder.

Step 5. Now upload the new updated plugin in the plugins folder to replace the old one you deleted.

Step 6. Now all you have to do is start your server and the plugin will be updated. 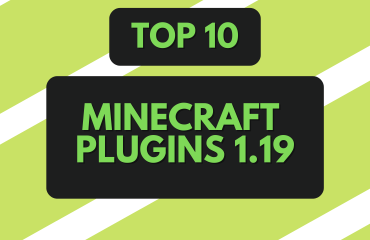 Best Minigame Plugins to use on a Minecraft Server

Add Bounties To Your Server With The Lucky Bounties Plugin 1.17 – 1.19